IDImager Review — An Expression Media Alternative? An Aperture Equivalent on the PC?

There’s a lot of great things to talk about with IDImager, a photo cataloging, management and editing program — to say the least.  But let me first tell you briefly about my workflow and why I had the need for software like IDImager.  I shoot in RAW, move to .DNG  with the Adobe DNG Converter, select and catalog with Expression, then edit and polish in Photoshop.  Because Microsoft has sold Expression Media, it’s future (according to many) is now in doubt.  Hence my need to find another program to fill the void that lies in between initial raw processing and editing in Photoshop.  Two of the most important features  to me in my quest for a digital photography product are the ability to easily catalog my over 10,000 image collection, as well the ability to easily tag these images.

Exploration
For just the basics, Picsasa is great.  Unfortunately it doesn’t handle any real level of metadata processing, so despite it’s great feature set, Picasa wasn’t an option.  I even tried to look at Adobe Bridge, but being a browser and not a cataloging program, Bridge, too, was out.  I then jumped up and took a look at Lightroom.  A nicely designed product that does fulfill my feature requests, but also comes with a $300 price tag.  Enter IDImager Pro

IDImager
Part cataloger, part organizer, part metatagger, part image-editor, IDImager is a jack-of-all trades image management program that costs a very reasonable $100.  Because I primarily use Photoshop for my editing needs, I won’t focus as much on the software’s image-editing ability.  But suffice it to say that it’s there and it’s powerful.  In this review I will talk more about the other features of the program that make it great; these features alone, however, make the program quite valuable.

Categories
IDImager is based around categories, and the catalog system is basically a large, fully-customizable hierarchical keyword system.  Adding and removing categories to a single or multiple images is easy and can be done with a simple drag-and-drop.  The software also creates automatic “holding” catalogs for each import and download session that you have.  I find this staging feature very helpful, as I don’t always know what my categories are going to be (or I don’t feel like adding the categories at the time that I import).  As you’ll notice in the image below, the program is configured with quite a few default categories that allow you to quickly find your images.  Also look at the Import and Download Sessions under the Auto Catalog  category heading.  Note that you can also view your file structure if needed under the Catalog Folders heading.

Metadata Explosion
One of the most important things to me in a management program is the ability to really control metadata.  On this note IDImager doesn’t disappoint.  Applying metadata is a snap, and can easily be done for single image, multiple images, or directly on import (more about download/import later).

A fantastic feature that I would not have found had I not started to read the manual is the Stored Group.  A stored group is basically a stored procedure (for you SQL types), or an area that remembers a specific search.  So if you search your 4-star “vaction” pictures often, then you can store that selection as a stored group and quickly get to it whenever you need it.

Two (or More) Programs in One
One of the things I was doing by hand was my RAW to DNG conversion and I didn’t have a great sytem for metatagging on import; the download feature of IDImager quickly solved this problem.  The software allows you to import images and download. I’ve found the download feature to be more powerful than the import one so that’s what I use.

When you open the download interface it’s like having a built-in importing program at your fingertips — there’s no need for a separate import/download application and via the downloader you can  apply pre and post processing instructions, copy to an alternate location on import (a feature of many DAM systems).  And of course you can convert your RAWs to DNG and apply keywords on import.  Further, you can also automatically create a portfolio (a virtual catalog, collection or album depending upon your preferred nomenclature) on import, so you can start your organizing immediately.

And if you have more than one person taking pictures in the family (or in the office) you can setup multiple download profiles. Do you need individual profiles for different photographers (or family members), different cameras, or clients?  Want a profile that downloads .JPEGs with a certain author with one set of lables, and a second profile that converts RAW to DNg with a different author and makes a portfolio? No problem.  Setup the profiles for what you need them to do, and then come back when you need them.

Seeing Double
I’ve had a multiple monitor setup since I can remember, and IDImager rewards we dual-monitor folks by allowing the palletes to be moved to the second screen.  You can always stretch Picasa or Bridge across two monitors (who wants to do that?), but IDImager is designed to reward you for having a lot of screen real estate.

Batch Management
One of the best things about advanced digital photo management programs is the ability to perform batch tasks on multiple images. Here, too, IDImager is up to the task.  There’s an entire batch section where you can apply effects, crop the file, and rename your images, among a ton of other options. Showing the entire list would make this post too long) but here’s a small sample:

More Documentation then you can Handle
IDImager is one of the most strongly documented programs I’ve ever seen. There’s a 500+ page manual, a wiki, and a active forum to help you along with the program as you learn.  Even if you are not a reader of instructions, and you like to dive right in with software, I strongly recommend reading the quick start guide.  IDImager is intuitive enough to run without reading a word, but you’ll miss out on way to much if you don’t do some reading.

Network Support
A big gripe of many photographers is the lack of network support (browse the Lightroom forums to see what I mean) .  IDImager can run transparently on your desktop (e.g. you won’t see any database related things floating around). but if you want a true database-driven solution over multiple machines, the program supports the use of SQL Server as well (and according to post on the forum the free, SQL Express is supported, too).

A Version of Apple Aperture for Windows?  No, but Close to it.
For those of you who’ve looked cross-platform to find a DAM photo management solution for the Mac, you’ve probably found iPhoto, Lightroom, and Aperture (I’m not mentioning Photoshop because Photoshop is not a cataloging/DAM program).  Like many PC users, if Aperture were available for the PC, I’d probably be using it.  I do have a Mac workstation, but because the bulk of my network is PC (and I already own Photoshop for the PC) I use the PC for my digital photo management.   For those of you who aren’t familiar with it, Aperture is Apple’s “advanced” upgrade to iPhoto, and it is often loosely compared to Lightroom with its feature set.

Now as we all know, Apple does not port Aperture to the windows platform, but the point I’m trying to make here is that IDImager is the closest program I’ve seen to an Aperture equivalent on the PC.  There are differences, as IDImager does not have some of the post-production features that Aperture has (e.g. Photo Books), but for a general feature head-to-head, IDImager comes pretty close.

Summary
IDImager is a powerful piece of comprehensive digital image  management software that can handle the majority of your digital photography needs.  With its tremendous list of features, intuitive interface, and substantial documentation, in my opinion IDImager serves as a good alternative to Adobe’s Lightroom; and for those of you who wish there were a version of Apple Aperture for Windows, IDImager may be the way to go.  Add networking to the mix and you’ve got yourself one heck a of a program.  But don’t take my word for it — download a trial version and see for yourself.  And do yourself a favor — read the quickstart guide to really see how powerful this software is.

Disclosure. I originally approached IDImager Systems about writing a review of IDImager.  I was given a license to use the product. 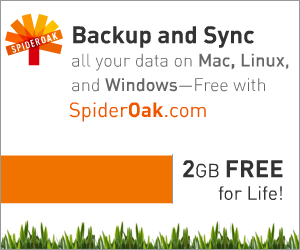